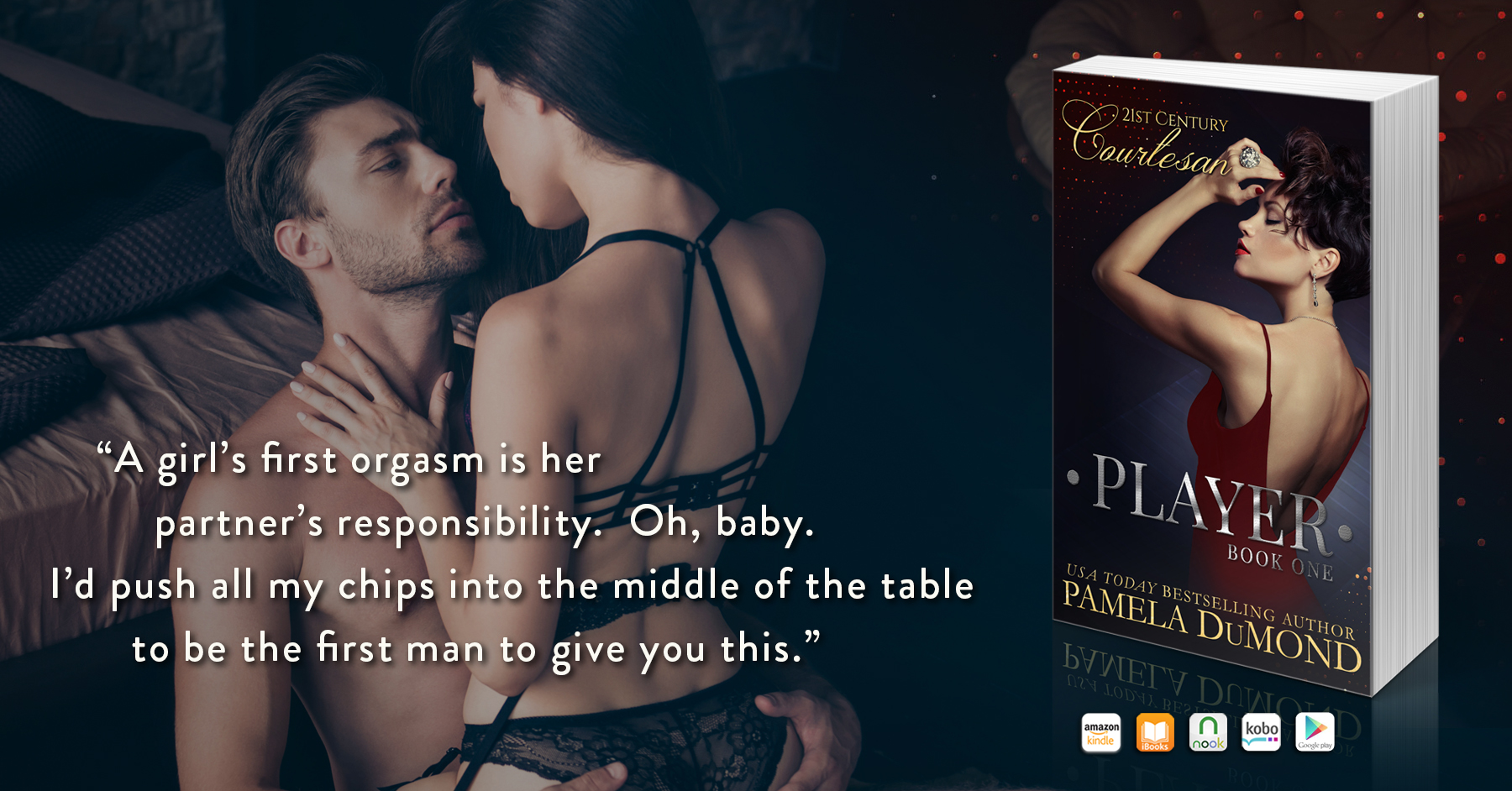 Many of you know me for my rom-coms like The Client, Part-time Princess, or the light-hearted Annie Graceland mysteries. If you’ve read any of my Mortal Beloved time travel books, you know I’ve always been a fan of thrillers. 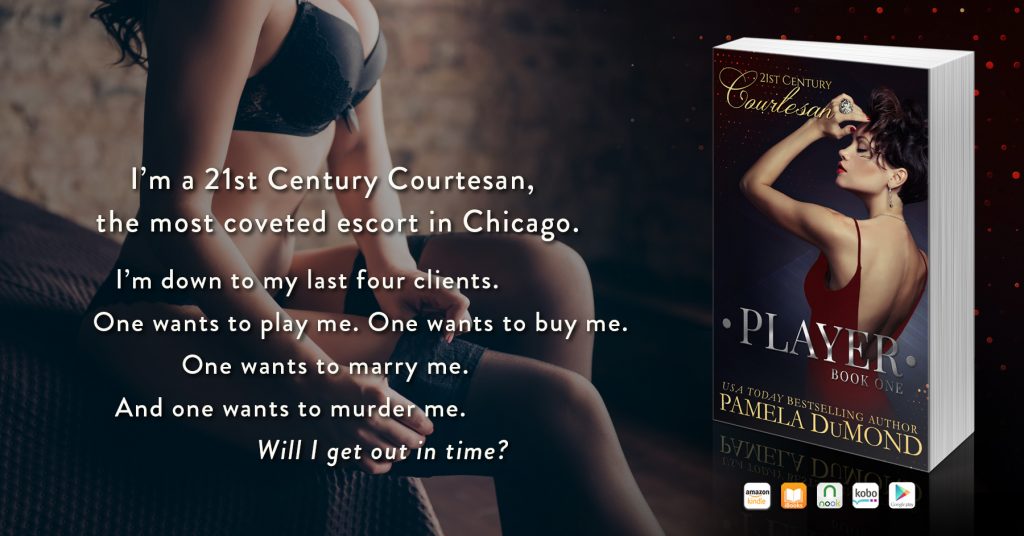 “Chapter 1 made me cry, Chapter 4 made my heart skip a beat…” A. Reviewer

“I read this story in one seating and now I am pounding on author Pamela’s door, begging for the next one.” Catty Jane Book Lovers.

I’m a 21st Century Courtesan, the most coveted escort in Chicago.

Beautiful, broken men pay Ma Maison Agency ungodly sums of money to be with me because I’m empathic: I feel their emotions in my body. I track down the bitter belief that broke them and then I help them heal. The work is brutal enough but now someone’s stalking me.

PLAYER #1 When Dylan McAlister, beautiful, broken tycoon hires Evie, her empathic ability returns with a fury. Can she help him heal? Or will she break him like the first boy she fell in love with… 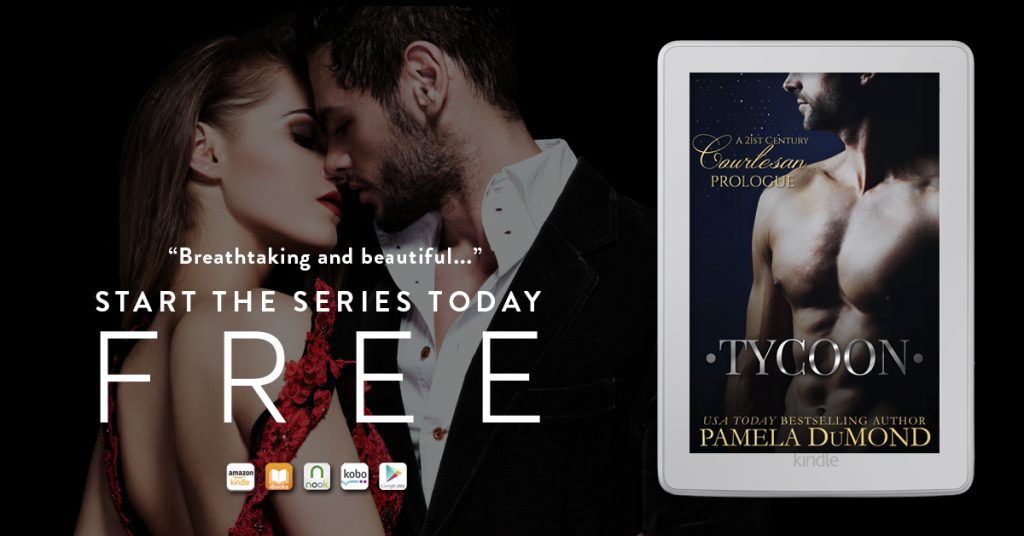 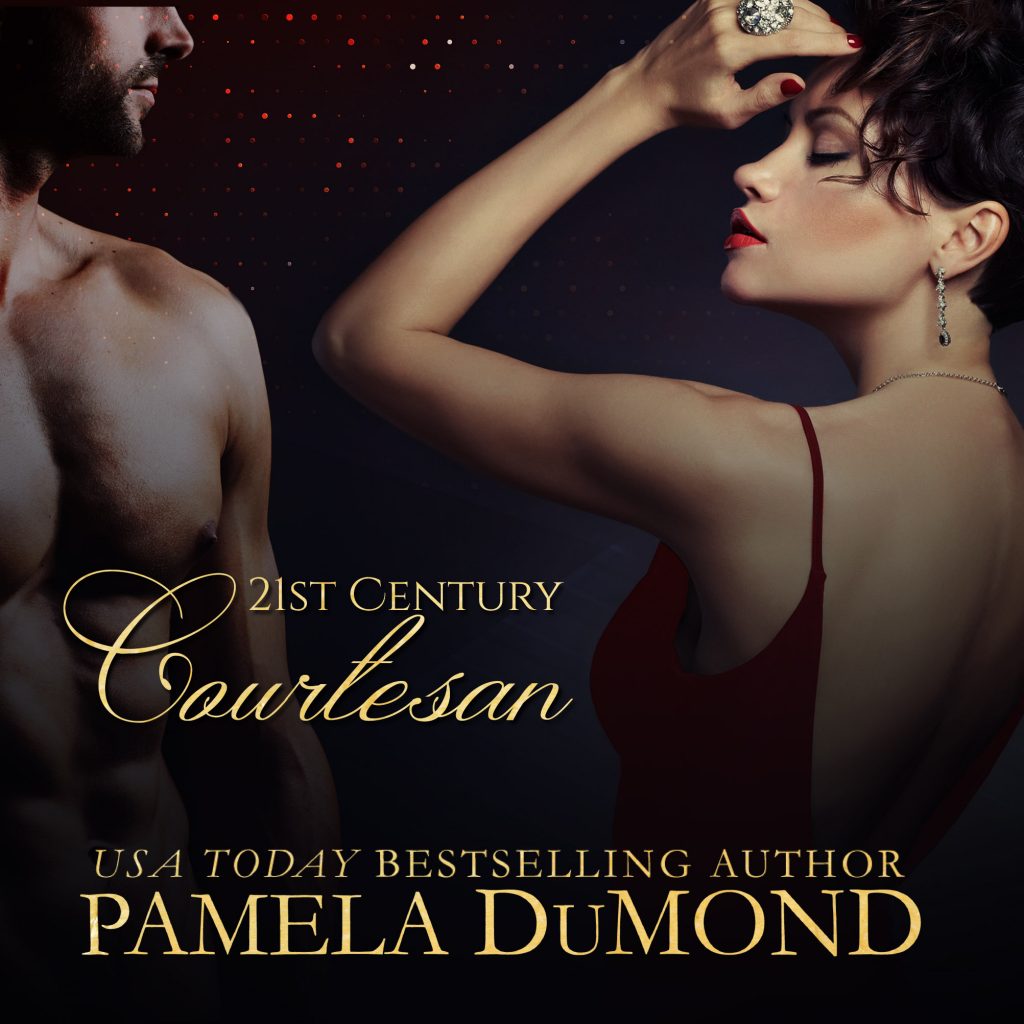 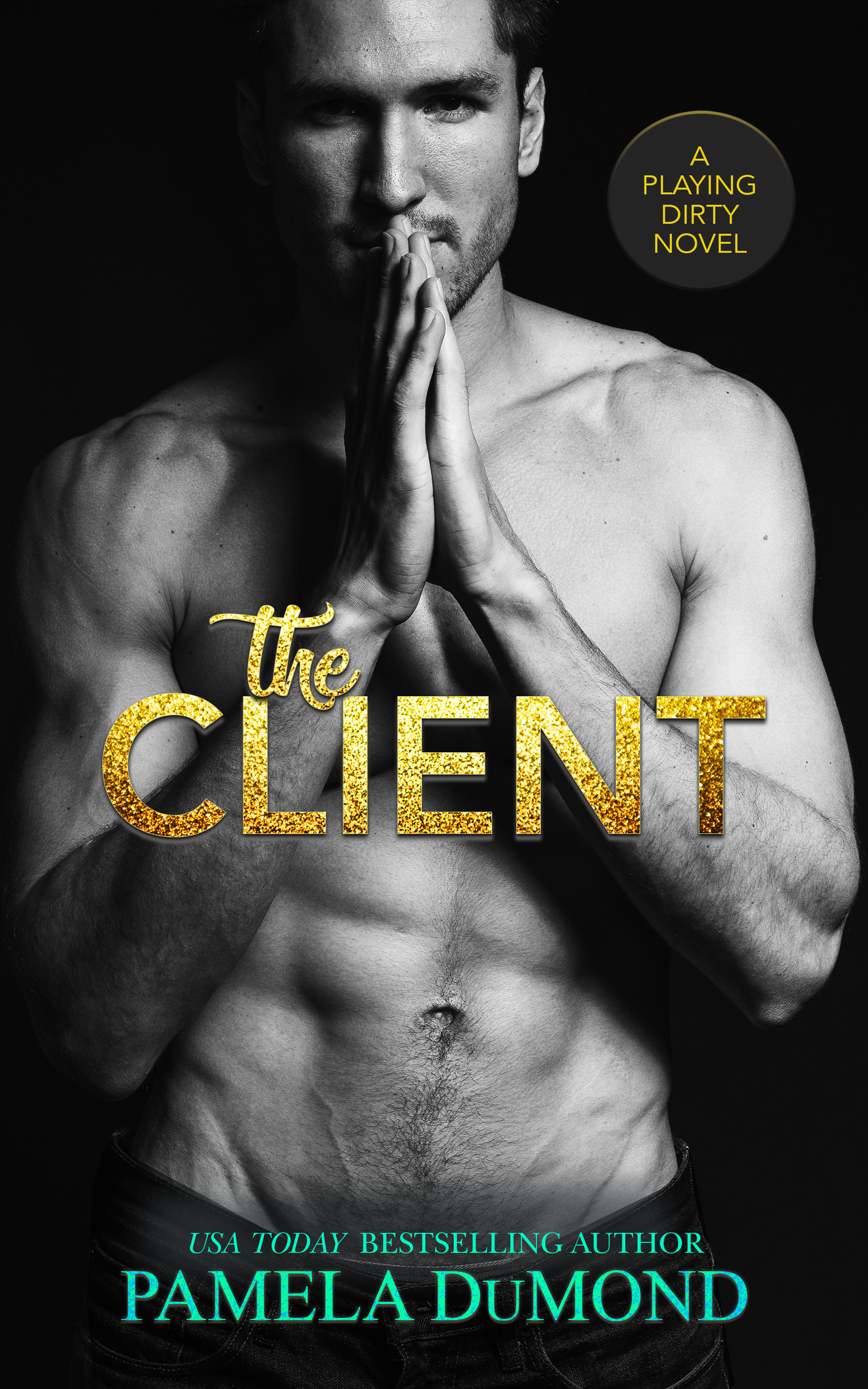 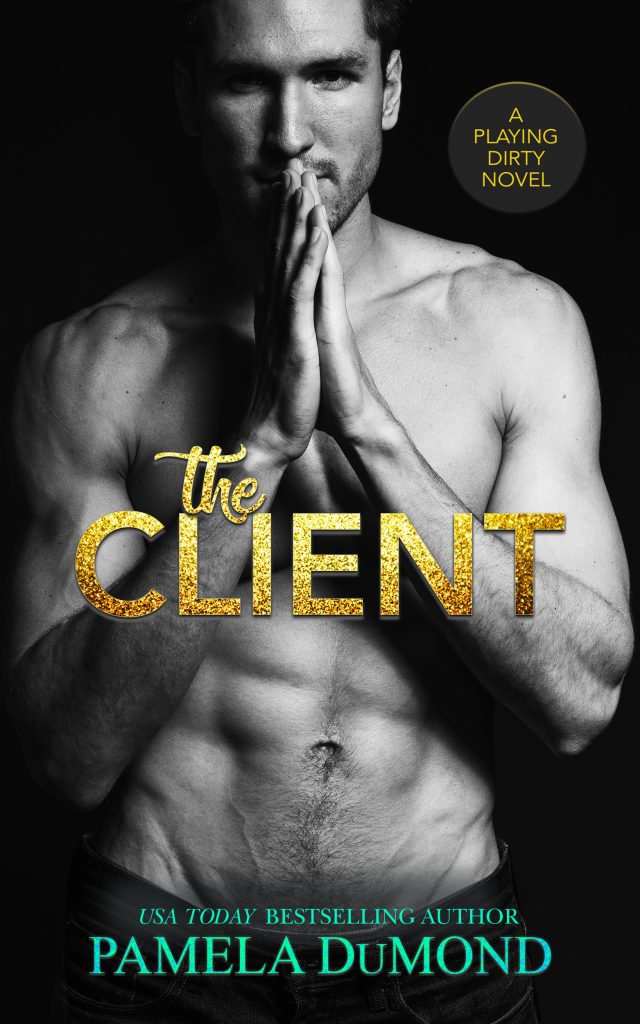 Charlotte: I was an assistant at a Matchmaking Agency living on Insta-Ramen, hope, and dreams. How was it possible I that I made a love match that resulted in the society marriage of the year? Now I attended the wedding reception, basking in fine Champagne and decadent elegance.

Joe: As heir to the Delacroix dynasty, I avoided society affairs like the plague. I only hit the reception to drop off a bottle of Scotch. I didn’t plan on colliding with the sexy, pretty woman with the pouty lips. Certainly, didn’t intend to spill liquor all over her dress.

Charlotte: What kind of jerk… I glared up at the tuxedo-clad brick wall of a man holding the serving tray, and went weak in the knees. This jerk was the most smoking hot waiter I’d ever seen.

Joe: I was an honorable man, always cleaned up my messes. But every press of the napkin against Charlotte’s gown filled my brain with filthy, dirty fantasies.

Charlotte: Hot Waiter was practically feeling me up in the middle of the ballroom. Worse? I was enjoying it. Hold the door. Wait just one minute – he’s my new CLIENT? Fine, I’d work with the gorgeous jerk. But I don’t care how hot he was – I would Never. Ever. Sleep with him.

Joe: My grandmother hired Charlotte, Ms. Pouty Lips to be my Matchmaker? I was totally going to sleep with her.

Here’s what early reviewers are saying about The Client:

“And don’t get me started on the sexy scenes…I found myself panting by some of these scenes! ~ Starange13

“Found this book to be really steamy!” ~ BookAddict’sReviews

And because who doesn’t want more Hot Guys…

Cupcakes, Pies, and Hot Guys is FREE for a few days! 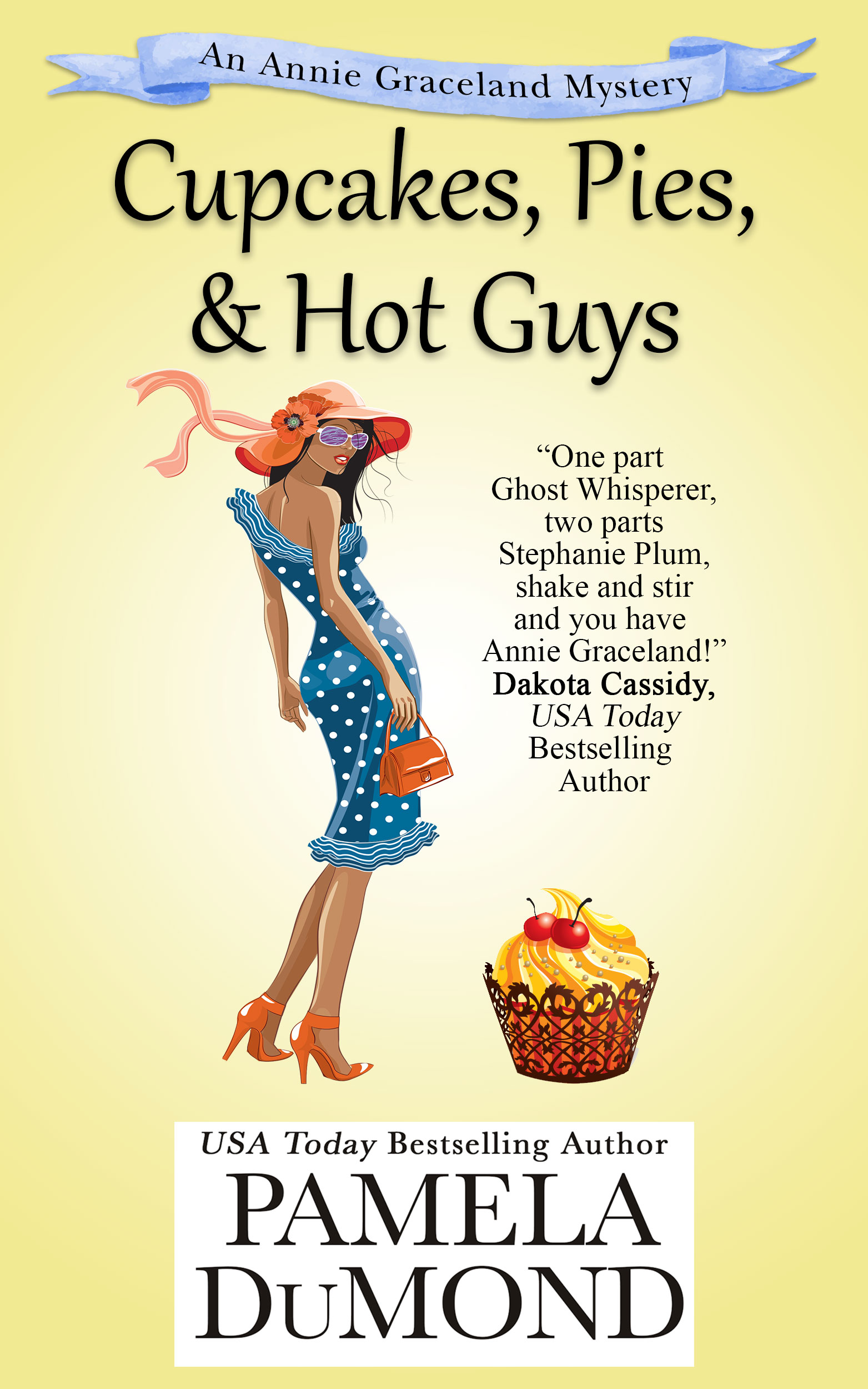 I hope you all are well and enjoying the beginning of fall.

There’s a Rafflecopter giveaway happening. Enter for a chance to win a $25 Gift Certificate.

Check out the super fun blogs that are participating.

Check out the excerpts. Check out Royally Wed — the book! It’s sexy and funny, filled with romance, adventures, and friendship.

Because I’m tech challenged — I’m just going to point you in the direction of my author FB  page where you can get more of the details on the blog hop as well as the Rafflecopter Giveaway. 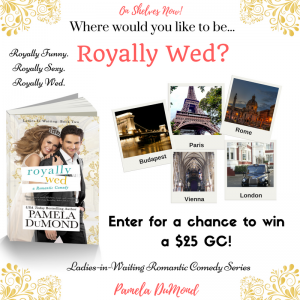 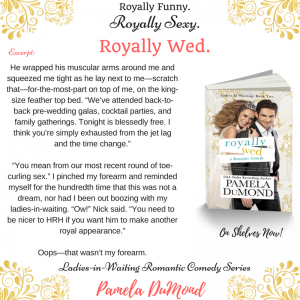 Thanks in advance for stopping by! Here’s hoping you are Royally Lucky! 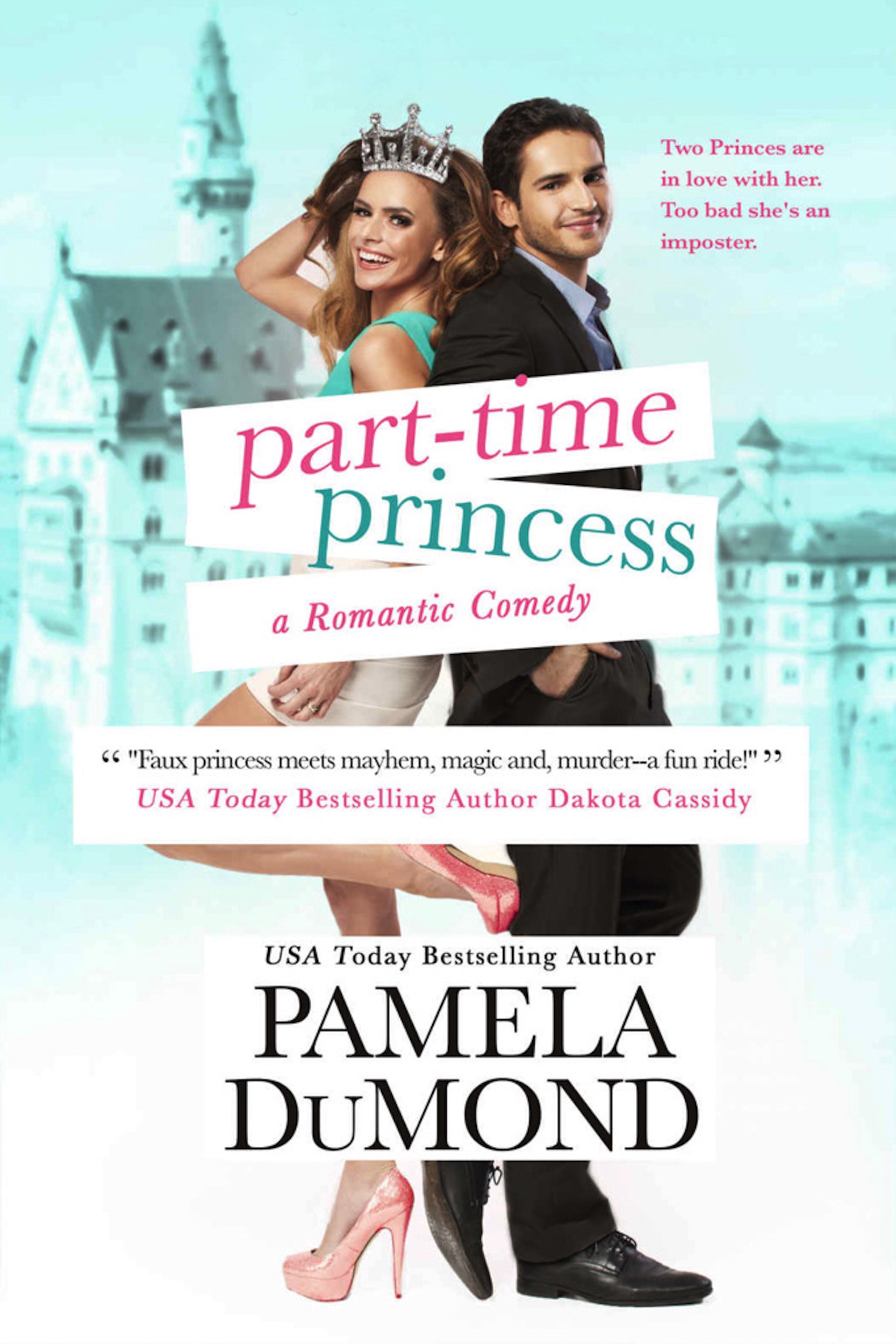 We are powering through autumn and headed toward the Holidays.

I’m a Midwestern chick who moved to L.A. years ago, but I still root for my hometown teams. Mad props to the Chicago Cubbies who for the first time in 71 years cinched the National Division Championship and are in the World Series. Woot Woot! Let’s beat the curse of the Goat and win this one for Ernie, Harry, and all the other long-suffering fans out there!

Holy moly, someone put my feet to the fire and I’ve got a few new books for you! I finally finished Royally Wed (Ladies-in-Waiting: Book Two) the sequel to Part-time Princess the Royal Rom-Com I wrote and published in 2014.

I apologize for the delay between books, but my mom died, and life veered off course. Writing this very funny story about a down-on-her-luck commoner who impersonates a Lady, and falls for the wrong Prince helped me get through a tough time. Comedy can be healing. 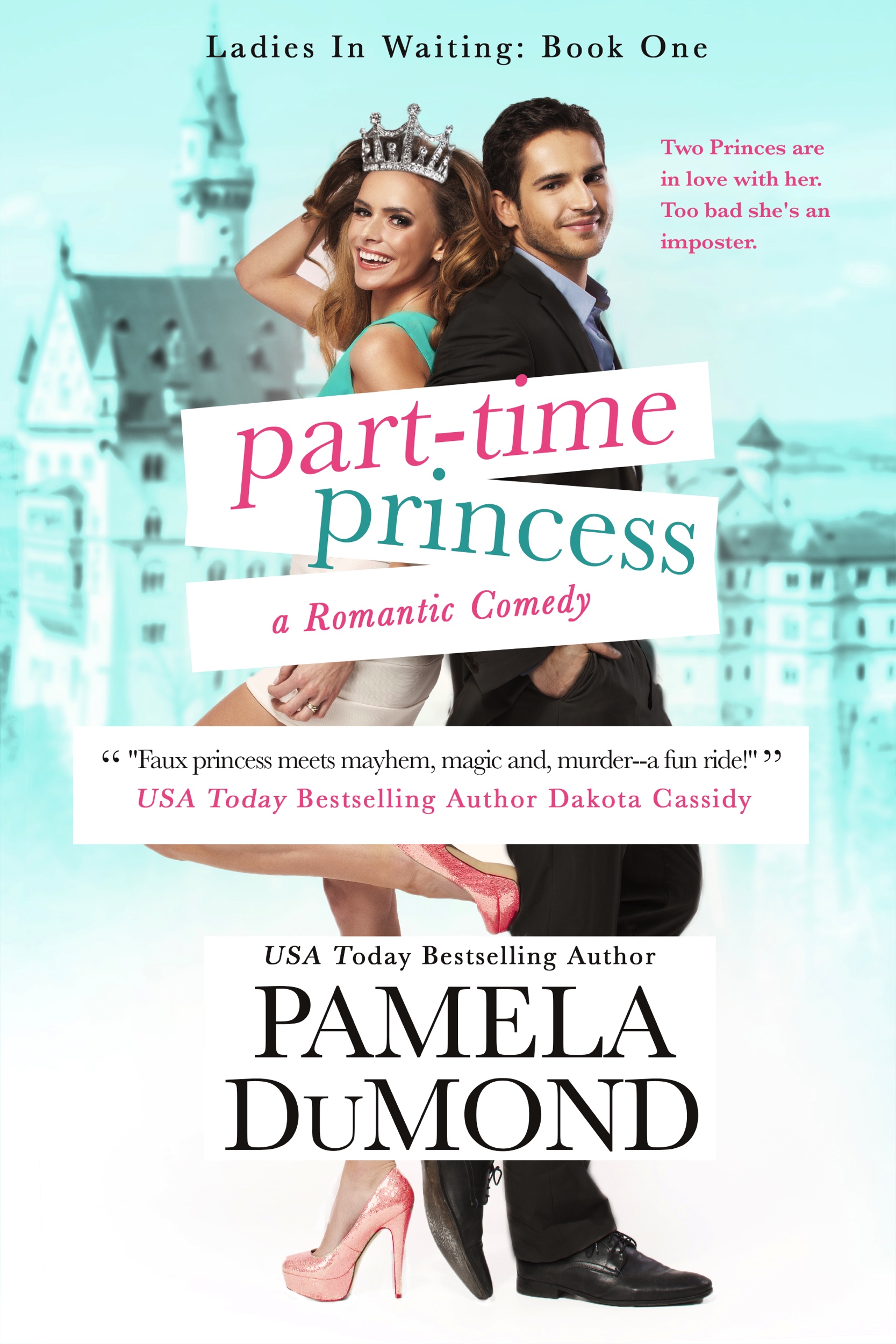 Lucy Trabbicio, former cocktail waitress and down-to-earth American commoner, is about to marry the man of her dreams, Prince Nicholas Frederick of Fredonia in the posh royal wedding of the year.

But something goes very wrong on the way to the altar. Now it’s up to Lucy, her party-hard, take-no-prisoners Ladies-in-Waiting, and Nick’s opinionated Royal Nana to solve the debacle, and get her back into sexy Prince Nick’s arms in time to be Royally Wed, as well as royally bed!

A modern day, sexy tale with romance, twists and turns, laughter, and a whole lot of hanky-panky! 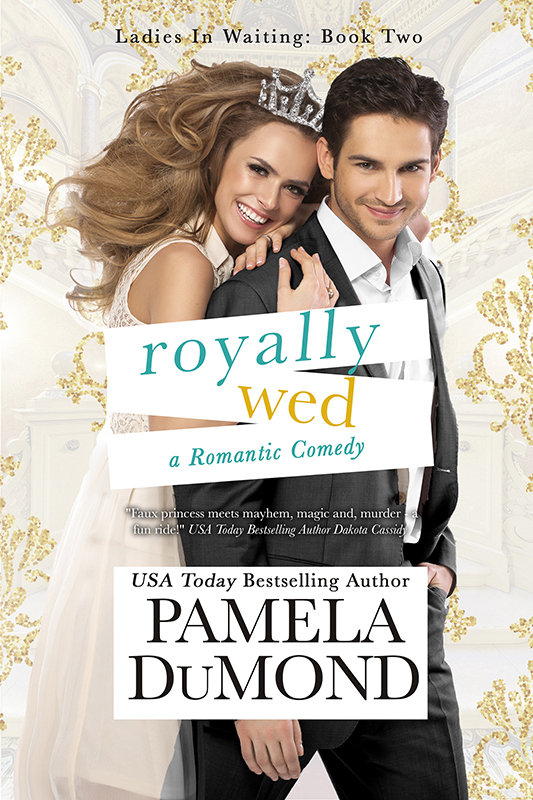 I lay collapsed on my back, naked except for the tiara on my head. An ornate silver cheese platter rested on the bed next to me. “Hey, aren’t we supposed to be attending a surprise party tonight?” I fanned my face.

“No, Lucy.” Prince Nicholas Frederick Timmel of Fredonia picked up the tray and placed it on a nightstand. “But thanks for the appetizers.” He wrapped his muscular arms around me and squeezed me tight as he lay next to me—scratch that—for-the-most-part on top of me, on the king-size feather top bed. “We’ve attended back-to-back pre-wedding galas, cocktail parties, and family gatherings. Tonight is blessedly free. I think you’re simply exhausted from the jet lag and the time change.”

“You mean from our most recent round of toe-curling sex.” I pinched my forearm and reminded myself for the hundredth time that this was not a dream, nor had I been out boozing with my ladies-in-waiting.

“Ow!” Nick said. “You need to be nicer to HRH if you want him to make another royal appearance.”

“Sorry! I totally thought you were kidding when you told me your—I mean—the little prince’s nickname.” In a former life, I was a cocktail waitress. Now I was engaged to a real Prince, he of the black hair, the blue eyes, and the remarkable royal jewels. How could this be?

“I would never kid about HRH,” Nick said. “He can be overly-sensitive.”

“An admirable trait,” I said. “I don’t know, Nick. I distinctly remember an invitation that mentioned a surprise party. There was a photo of a woman’s finger pressed over her lips and the word ‘Shh!’ was engraved in big black letters on the cover.”

“No, Lucy. You’re remembering that time a few months ago when we visited the Viking Museum in Oslo.” He snuggled his five o’clock scruffy shadow into my cheek and nibbled on my ear. “The docent went out of her way to publicly admonish us.”

“You mean the cranky woman whose face resembled a pickle when she said ‘Shh!’ and told us to ‘cease our boisterous laughter?’”

“The very same,” he said. “I still remember her warm spittle striking my cheek when she uttered the words, ‘Hold opp!’ Emphasis on the hard d and ps.”

“Docent Marte,” I said. “Was she the one who was upset that we were kissing in public?”

“Kissing?” He waggled his eyebrows. “She complained that I was fondling your—”

“Right,” I said and mimicked Docent Marte’s outraged alto voice, complete with her thick accent. “‘Only women who are BREASTFEEDING are allowed to go TOPLESS in the Royal Viking Museum!’ Jeez! I was totally not topless.”

Nick smiled. “Well sweetie, you kind of were—”

“A nipple slip is technically not topless. I think she was jealous. You had your haircut that week, Nick, and you looked exceptionally handsome. Very rugged. Very royal.”

Lucy, Prince Nicholas, and the Ladies-in-Waiting are up to trouble in Book Three! Available for pre-order and on shelves soon! 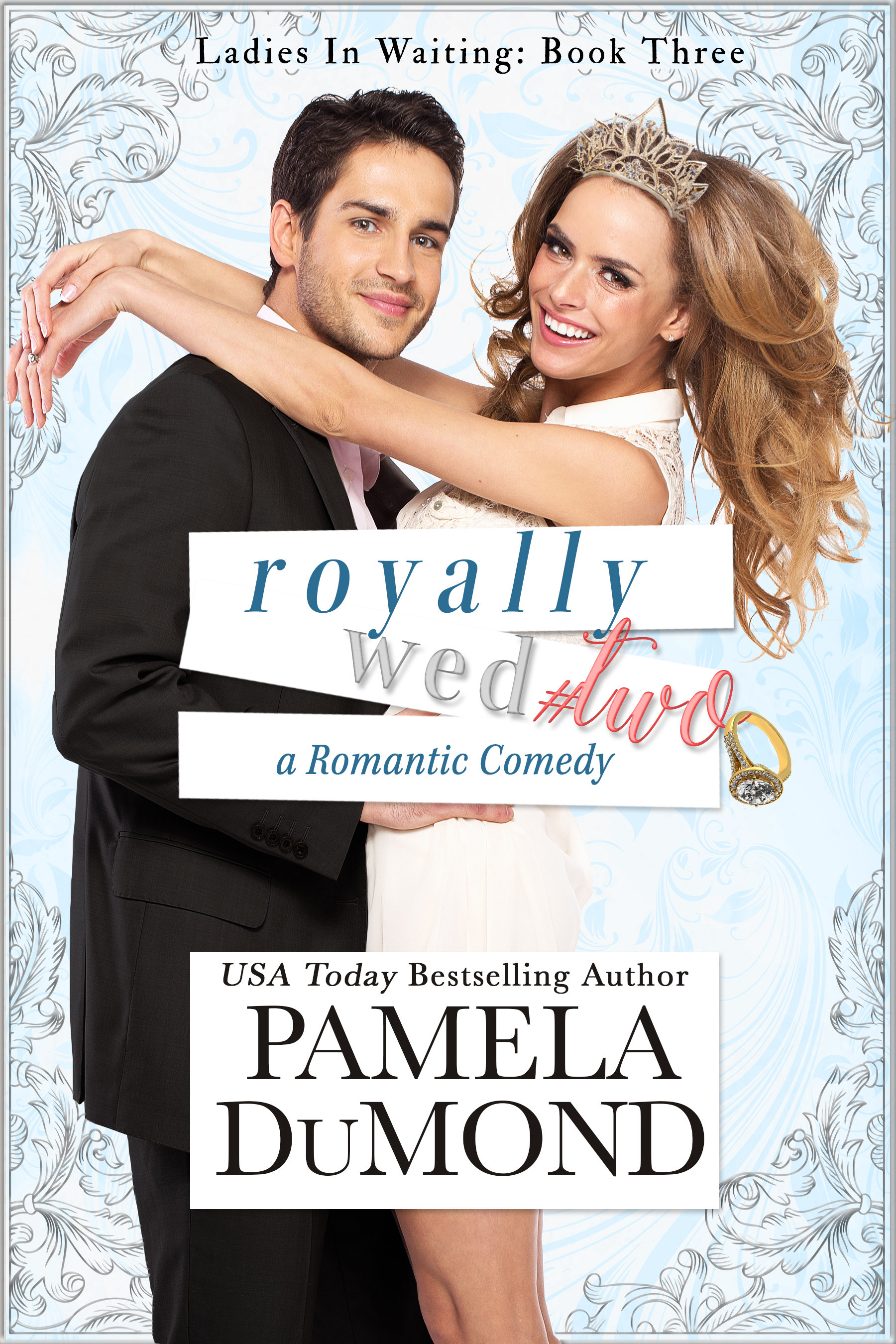 “Why can’t I be a Part-Time Princess?! Amazing, I loved this book!!” ~ London Dreaming

In Cat and Book News:

I checked my sanity at the door, wrote, and published a hilarious Secret Agent Cat Mystery. 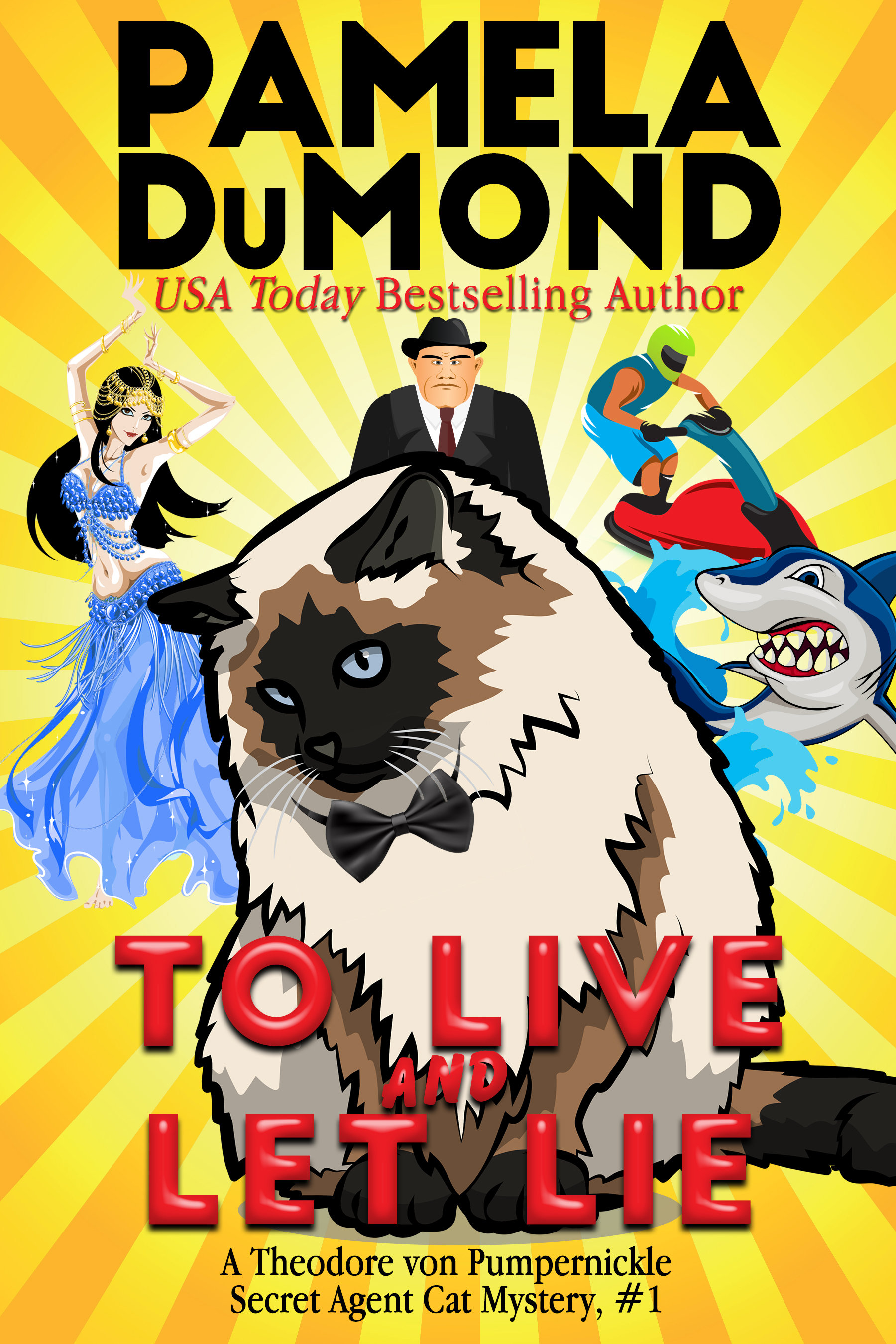 Looks can be deceiving, can’t they?

When Theodore’s bejeweled cat food bowl (worth ONE MILLION DOLLARS) is stolen, he takes on an international cartel of criminals trafficking in priceless stolen jewels.

With the help of other P.I.A. agents: Flyby the carrier pigeon, Mozart the German shepherd dog, and Susan — the eighty-five year old Super Spy, Theodore dives into dangerous espionage waters where he is forced to use all his Double O Nine brains, brawn, and special gadgets.

Will the evil masterminds and their minions win at last — or will Theodore von Pumpernickel, Secret Agent Cat save the day?

My YA Time Travel book THE MESSENGER (Mortal Beloved, #1) will be FREE next week on Free Booksy at the following sites. It is NOT permafree, so grab it while you can. 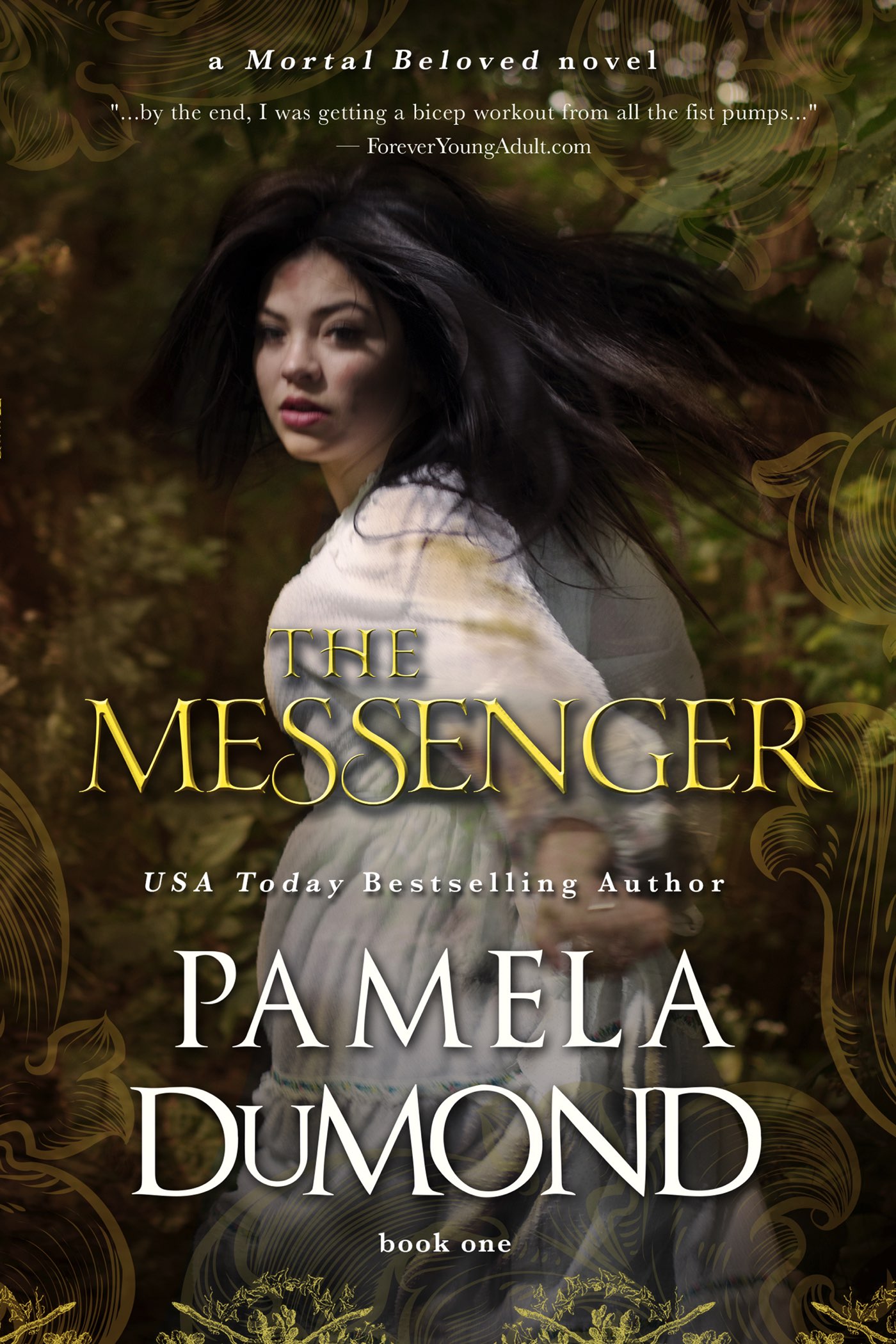 Thanks for hanging out!
Talk with you soon! 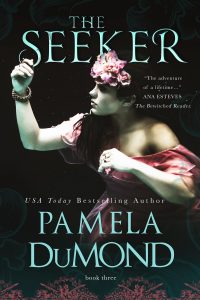 Welcome Summer! Here in my humble abode in Venice Beach, California we like to call that the ‘Season of Cockroaches and Spiders.’ So. Much. Fun. Not! 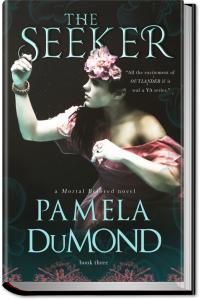 Madeline’s a Messenger: time traveling across lifetimes and delivering messages that could change one life or many.

She’s finally dating her true love, Samuel, in the present day, but when her new mentors send her on increasingly dangerous missions, the un-thinkable happens.

Now Madeline must journey into the darkest corners of history seeking answers from the wisest Messengers and Hunters in the hope to reverse the consequences of her actions before Samuel, her mortal beloved, is lost for an eternity.

But tearing time’s fabric reveals hidden secrets and lies, and Madeline discovers she is part of a conspiracy much greater than she ever dreamed possible.

If you’re a blogger and you’ve read the first two books in the series — The Messenger, #1 and The Assassin, #2 – please contact me if you’d like a complimentary copy of THE SEEKER for read and review. 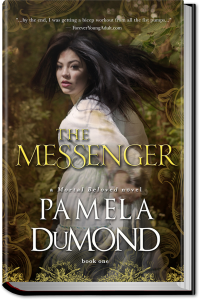 To celebrate the book’s launch, THE MESSENGER is on limited sale at 99 cents on these sites:

Fab author Maggie Marr http://www.maggiemarr.net and I are presenting The Sassy Writer’s 5 Minute Guide to Staying Young workshop at Romance Writers of America national conference in San Diego on July 15, 2016. The workshop is open to conference attendees. My understanding is that recordings of our workshop will be available to RWA members shortly thereafter.

Los Angeles Chapter of RWA has published Summer Sizzle, a romance anthology of short stories. It includes stories from USA Today bestselling authors Charlene Sands, Samanthe Beck, Roz Lee, and other fab authors. It’s up for pre-order now on Amazon and it releases on July 5, 2016. http://tinyurl.com/j2afssd

Please remember that my NEWSLETTER PEOPLE get notice of my deals before anyone else does. So if you like my books — sign up for my newsletter! 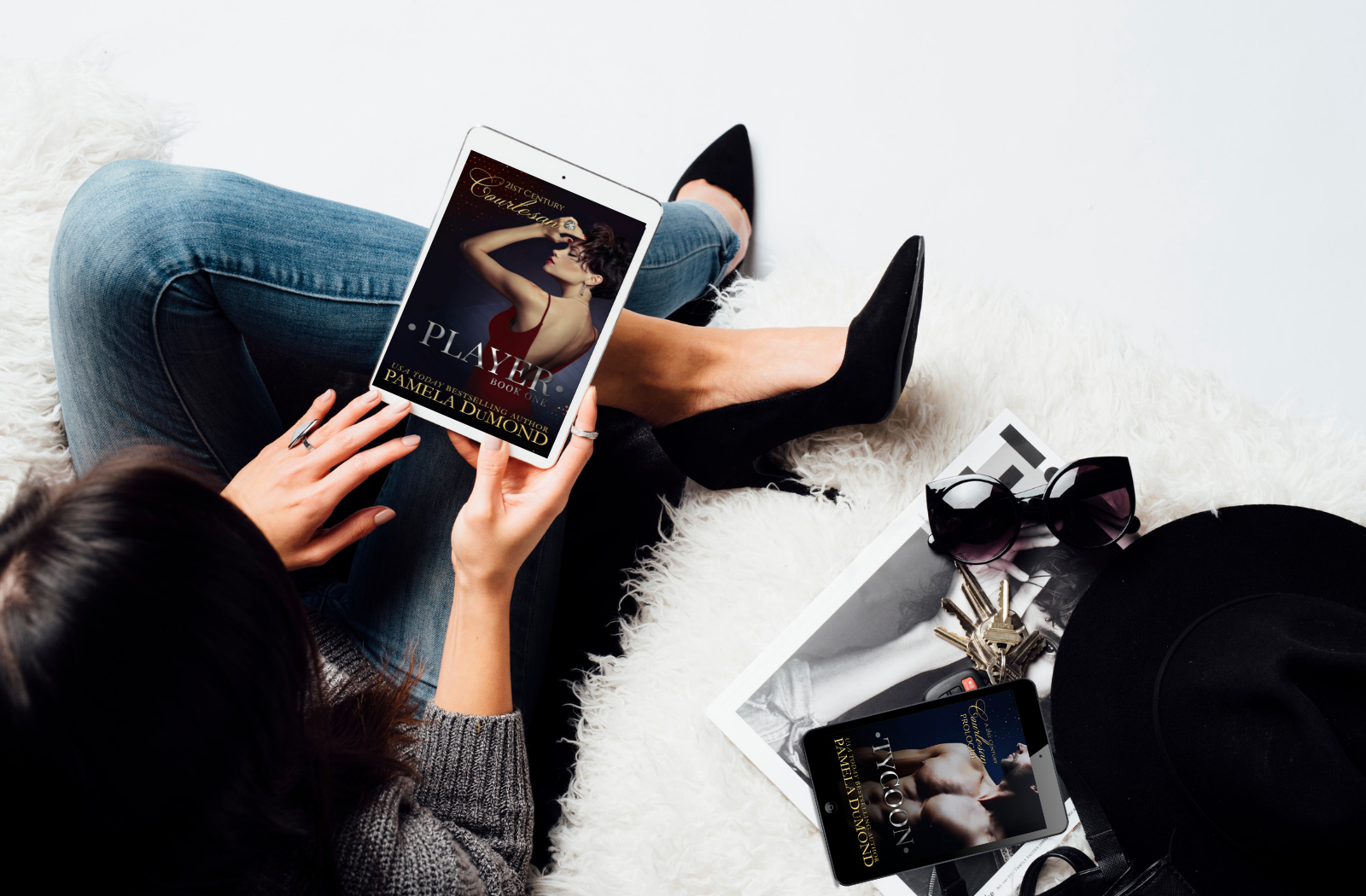 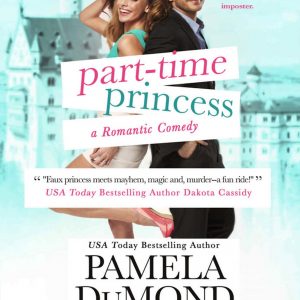 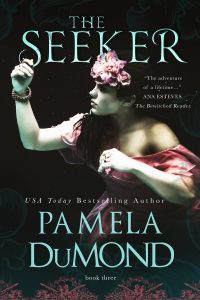