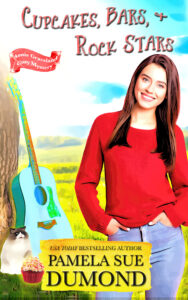 “5 Stars. Better than Bacon! …There are plenty of laugh out loud moments as Annie tries to solve the murder & save her friend & her own sanity!” Chloegirl

“5 Stars. Delightful as Always…With Cupcakes, Bars, and Rock Stars Pamela DuMond once again takes us in to the slightly zany world of Annie Graceland and manages to give it a touch of realism that makes if even more endearing. Jeanie Jackson

Annie Graceland can see and talk to ghosts. Much to her dismay, they also talk to her—nagging her incessantly to solve their murders.

Annie and her friends attend the star-studded United Music Awards so her BFF, Julia, can reunite with infamous rock star, SLICE, her teenage crush. But the rocker is murdered during the event and Julia becomes a suspect.

It’s up to Annie to solve the crime before Julia is framed for the deed. It doesn’t help that Slice’s addled ghost haunts her, tagging along on his own, final “magical mystery tour” while she investigates his groupies, the music producer, and members of the band. Can Annie find Slice’s killer before the killer finds her? 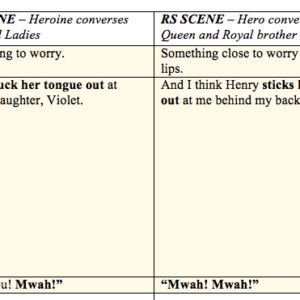 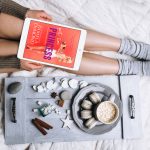 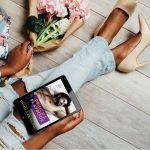 "...heartbreak, love, angst...I could not put this book down."  The Prince's Playbook #1
http://pameladumond.com/testimonials/the-crown-affair/ 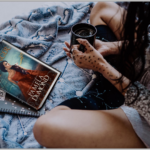 "...I was captivated." "...heart stopping, adrenaline-pumping adventures...  "Gritty and gorgeous."  The Messenger: Book One

"...I was captivated." "...heart stopping, adrenaline-pumping adventures...  "Gritty and gorgeous."  The Messenger: Book One
http://pameladumond.com/testimonials/10219/ 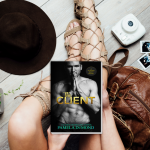 "The perfect balance of funny (like laugh out loud funny), witty, and sexy (sosohot)!"  The Client

"The perfect balance of funny (like laugh out loud funny), witty, and sexy (sosohot)!"  The Client
http://pameladumond.com/testimonials/witty-and-sexy/ 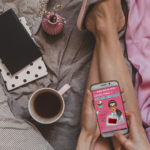 "I had a ball reading this fast-paced, joyous and frothy murder confection!"  Cupcakes, Diaries, and Rotten Inquiries

"I had a ball reading this fast-paced, joyous and frothy murder confection!"  Cupcakes, Diaries, and Rotten Inquiries
http://pameladumond.com/testimonials/front-page-testimonials-widget/ 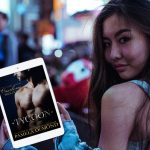 “Tycoon is breath-taking, beautiful, and brilliant. A must-read…”

Emma Chase and her big publishers took my PG-13 ro

Daily walk in my hood. Venice always surprises me.

Farm in the city. Best of both and a little slice

PART-TIME PRINCESS 2 princes are in love with Luc

Daily walk in the hood. A little slice of Zen. #qu

Lordy, this Venice cottage looks like it’s out o


Error: API requests are being delayed for this account. New posts will not be retrieved.